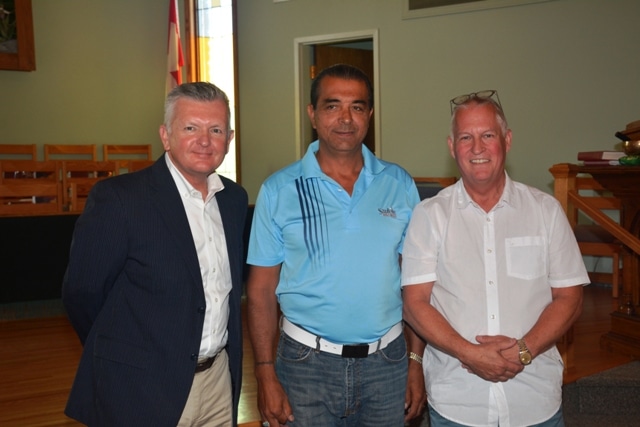 At the SCOI AGM in September 2017, an agreement was signed, by SCOI and Saugeen First Nation, regarding a Designated Education Fund.

The Community Foundation Grey Bruce has provided us with our yearly endowment report for 2017. The Foundation’s audit will not be completed until late May, so the following information is subject to change based on their final audited numbers.

Donations to the Fund up to $80,000 were matched 50% by the Foundation. So this year we were able to reach the maximum match of $40,000 from the Foundation. This brings the capital balance in the endowed in the fund to $123,521.  Earned income for 2017 was $9,247. Administration and management fees (1.5%) amounted to $1838.  $3500 (from 2016 earnings) was provided to the Band in September for individuals needing support while attending the Georgian College grade 12 equivalency program. The 2018 grant to the Band will be approximately $6500 subject to results of the Foundation’s audit. The remaining earned income (approx. $900) will be moved to the capital base to provide for inflation protection.

This past year the band had identified a young mother who had been accepted to the Georgian ACE (grade 12 equivalency) Program. Our funds were to be for support of day care. Unfortunately she had to withdraw from the program before she was due to start. So in 2017 there was no expenditure of funds. The Band’s Education Department has now begun to advertise the existence of the Saugeen Cottagers’ Endowed Fund in its monthly Band newsletter and hopefully will be able to identify eligible Band members who require assistance during the coming academic cycle.

A formal joint SFN-SCOI report on the Endowed Fund and education initiative will be presented to the SCOI Annual General Meeting to be held this year at the Sauble Beach United Church (formerly Amabel Zion United Church) on Saturday, September 1st, 2018 at 10am.

Thanks to all those who have contributed to this initiative. A copy of the SFN-SCOI Agreement is posted here.